Dominant Ti: Though it’s clear Mazer loves Ender, he doesn’t really attempt to become Ender’s friend. When he first begins as Ender’s teacher, he teaches without saying a word to Ender. He doesn’t really explain much of the facts, but prefers to analyze everything unless Ender brings up a specific factual question. Rather, Mazer thinks facts are obvious and would rather not discuss the obvious. If Ender’s ideas aren’t working, he doesn’t hesitate to criticize. He doesn’t show much outward emotion and doesn’t over-react to anything (I might almost say he under-reacts to everything). Mazer is detached enough from his own emotions to put aside his ethical disagreements (between himself and Graff) and lie to Ender to trick him into believing that he’s playing games, rather than fighting a real war. His detachment allows him to manipulate Ender, by using his Fe to make him trust him and then lying to him.

Auxiliary Se: Mazer, though old in body, is young in spirit. He takes pleasure in beating Ender up to teach up, and doesn’t particularly enjoy following the rules. Ender hates the rules, but doesn’t necessarily go against them to the same extent as Mazer, whom was court-martialed twice as a younger man. He doesn’t like to be sitting around doing nothing, and likes to be directly involved in Ender’s learning. Mazer doesn’t plan ahead as much as Ender does, but prefers to rely a bit more on improvisation and in the moment insights. He also encourages Ender to allow his friends to improvise more and to be less in control of action plans. Mazer is also a visual person –as is evident in his choice to use tattoos as a means to express his emotions.

Tertiary Ni: Mazer is future oriented and despite his dislike for in-depth planning, he does make more generalized plans for the long-term future. He has an appreciation for symbolism and wants everything to have meaning. His tattoos are his way of speaking for the dead, his symbolic expression of his emotions and regrets. He has an eye for recognizing patterns, which is what allowed him to beat the buggers. At the same time, he’s not quite as pattern oriented as Ender is, and doesn’t fully understand Ender’s tactic at the end of the book when he eventually beats the buggers too. 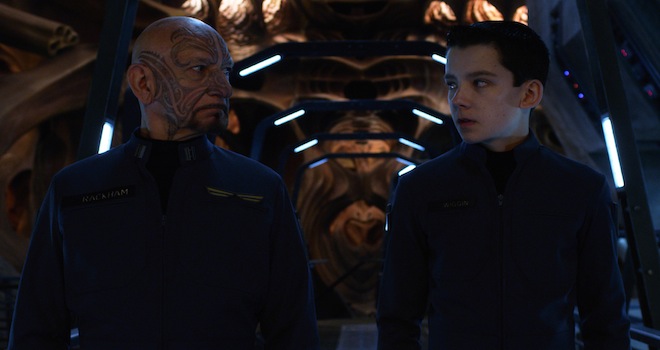 Inferior Fe: Mazer has his own opinions about ethics, but tends to yield to other people’s opinions rather than differing to his own morality. His ability to read Ender’s emotions makes him hesitate to push him too hard, yet he gives in when Graff insists. He’s also good at using those emotions to manipulate ender, and does so against his will. At the same time, he clearly feels protective of Ender, and believes much more firmly in Ender’s goodness than Ender does (Ender doesn’t see himself as either a good or a bad person – typical INTJ).