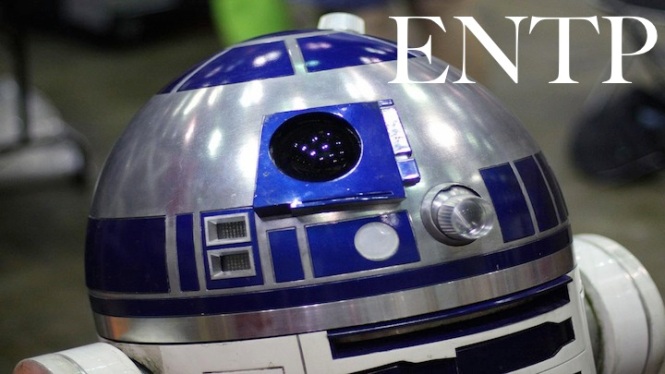 Extroverted Intuition (Ne): R2-D2 acts on impulse, and usually makes things up as he goes along.  His willingness to try things that go against expectations leads to frequent disagreements with C-3PO, who prefers tried and true ways of doing things.  R2-D2 often lets his attention wander so much that he gets distracted in the middle of doing something, searching for Leia while everyone else is trying to escape the Death Star, and leaving his repair job of C-3PO incomplete to fix the hyperdrive on the Millennium Falcon.  R2-D2’s impulsiveness can make him unpredictable, which helps him escape from hostile forces on several occasions.  R2-D2 can ignore his environment while he is working on something, even if he is in the crossfire of a big battle. 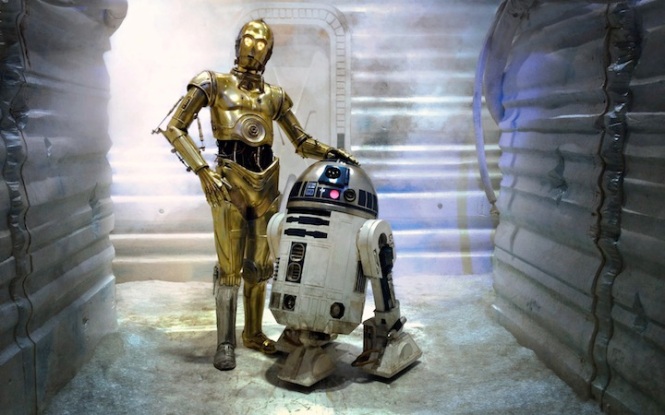 Introverted Thinking (Ti): R2-D2 usually does things by himself, and often of his own volition.  He doesn’t readily communicate his plans and thought processes – not even to C-3PO, who can understand him perfectly well.  He can state uncomfortable truths (like C-3PO’s initial lack of coverings) matter-of-factly.  R2-D2 can calculate odds for anything, from surviving a night on Hoth to navigating an asteroid field, and likes to analyze all the information he has on hand to assess his situation. 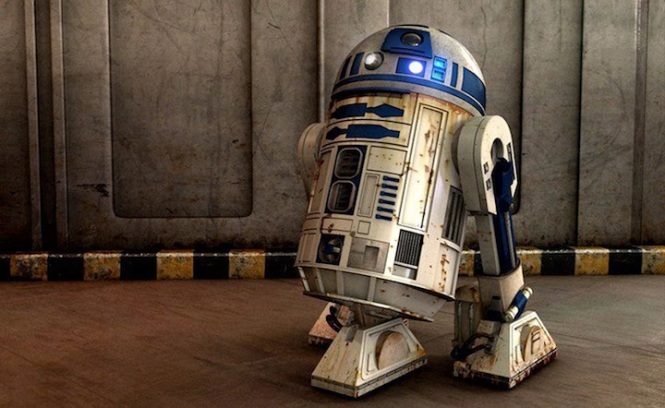 Extroverted Feeling (Fe): R2-D2 cares very much about the welfare of his friends, and worries when they put themselves in danger.  He is a loyal supporter of any cause espoused by his current master.  He invests himself in both a Republic victory in the Clone Wars and the success of the Rebels against the Empire, and he likes to be a hero. 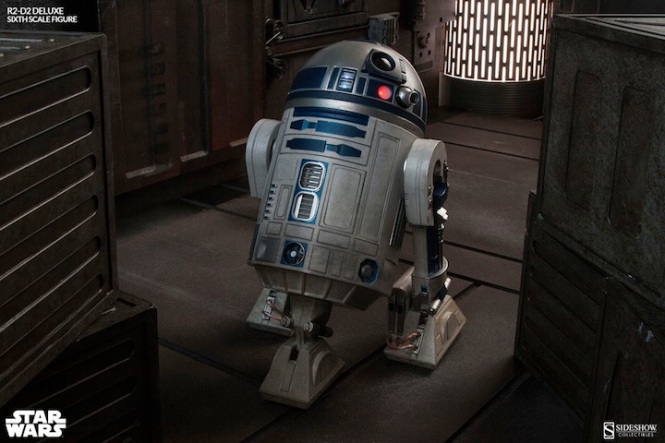 Introverted Sensing (Si): During his time serving the Rebel Alliance, R2-D2 serves as a faithful steward of information, whether the plans to the Death Star or some random tidbit that he’s chanced upon.  On the Death Star, he searches for news of Leia, his former owner, and he shows an unusual dedication (for a droid) to finding Obi-Wan, his old friend, on Tattooine.