Just by way of clarification, when I use the terms Ni-user or Ne-user in this post, I’m referring to people who use them as one of their two upper cognitive functions –not just anyone who uses them. Furthermore, most of this discussion will focus around the humour of NT types, rather than NF types (though I will speak briefly about that at the end).

The most direct difference is that, Ne humour is more obvious and out in the open than Ni humour. In other words, if an Ne-user makes a joke, everyone is more likely to get it, whereas if an Ni-user makes a joke, it’s usually very subtle and often requires a lot of back-knowledge.

My room-mate is an ENTP and I’m an INTJ. We both have a sarcastic and rather morbid sense of humour. However, nobody actually thinks that my room-mate might kill them, while I’ve gotten plenty of comments about how people fear I’m going to kill them in their sleep. When she uses sarcasm, she changes her facial expression and voice (subconsciously) to let people know that she’s joking (TiFe). I on the other hand do not (TeFi).

All my jokes are told with a completely straight face, so the majority of people don’t always realize that I’m joking when this happens.

ME: Don’t concern yourself. She’ll be back from hell in a couple days when her period is over.

If we were to analyze the variations between ENTP and INTJ humour in writing, the best comparison I can think of off the top of my head is Douglas Adams (ENTP) vs Flannery O’Connor (INTJ).

Douglas Adams has an intuitive humour, but he writes so that it’s more bluntly obvious that he’s telling a joke than Flannery O’Connor does.

“The ships hung in the sky in much the same way that bricks don’t.”

“Space is big. You just won’t believe how vastly, hugely, mind-bogglingly big it is. I mean, you may think it’s a long way down the road to the chemist’s, but that’s just peanuts to space.”

“For a moment, nothing happened. Then, after a second or so, nothing continued to happen.”

With Douglas Adams writing, you can see the ENTP humour in each individual line.

Flannery O’Connor’s INTJ humour on the other hand, exists behind the words. If you were to pick any random line from the story, you probably wouldn’t find it funny. Her humour exists in making fun of society’s paradoxes in a subtle, morbid way that isn’t always noticeable unless you share her sense of humour. If you don’t share her sense of humour, you have to pay closer attention to get the joke.

Douglas Adams spends half his word-count making fun of society too, but in a much more light-hearted way than Flannery O’Connor. Most of the people in O’Connor’s stories die in shameful circumstances, while Douglas Adam’s characters are capable of surviving pretty much everything…

So, I suppose you might say Ne humour is equally sarcastic, but far less sardonic than Ni humour.

If you look at Hamlet, you’ll notice that he’s a prime example of Ni-humour. He does tons of wordplay and symbolism, makes fun of everyone in ways that they can’t catch on to (because it requires back-knowledge) and doesn’t necessarily change his behavior to let you know he’s joking. He also has a very dark sense of humour.

In general, I find that INTJs are much funnier when they’re angry. I’ve never yelled at anyone in an argument, but I have killed their side with sarcasm. The mean side of our wit really comes out when we feel we’ve been wronged. Sherlock is another great example of Ni humour if you pay attention to how he insults people (that’s him being funny).

An ENTP is more likely to have made up the “Why did the chicken cross the road” joke, whereas, the INTJ is going to be the person who comes up with a great answer to it. Often times, INTJs will make fun of other people’s non-sequiters, or arguments they we see as non-sequiters. For instance, in the realm of philosophy, I tend to make fun of most empiricists, especially if they don’t know what they’re talking about.

ME: I’ve never seen a piranha, so they must not exist.

PERSON: But there are pictures of piranhas online.

ME: There are pictures of God online too.

If you want an example of xNTJ humour in the extraverted domain (ENTJ), watch all the Iron Man movies. The difference between INTJ humour and ENTJ humour is that ENTJ humour tends to require less back-knowledge. It’s more accessible to everyone because it doesn’t have a secret explanation behind it that only a select group of people will get.

The reason for this is that ENTJs typically have more motivation to want people to understand their jokes. They want to be funny, whereas INTJs want to use their jokes to weed out people who aren’t intelligent enough to “get” them.

NF humour tends to be nicer than NT humour (mostly the F talking), although I have noticed an exception to that rule when it comes to xNFs who spend a lot of time around xNTJs.

A good example of typical INFP humour in real life would be our lovely John Green.

That is…on his vlog, less so in his books. For a good example of INTP humour in writing, consult the exemplary Neil Gaiman.

xNFJs fall under the “kindest” category of N humour. They can usually “get” other intuitive-type’s jokes, but don’t always catch on to NT jokes quite as fast and cannot tell them.

xNFJ jokes are typically of a “cuter” nature than other intuitives –especially the girls. Lots of unicorns and…I don’t even feel qualified to continue. They seem to be lots more likely to buy these types of t-shirts: 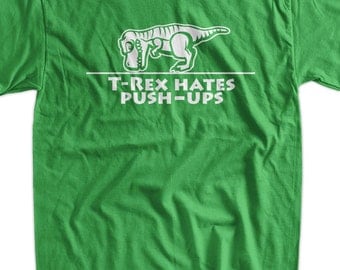 If you need more examples of N-type humour comparisons, just watch Doctor Who. You get a wide range of different N-humour.

(I have yet to type the other doctors, but will update this list upon doing so)

You will also notice some slight fluctuations depending on who wrote what episode (for instance, Neil Gaiman’s episodes have a lot of INFP humour in them even though the Doctor at that point is an ENTP).