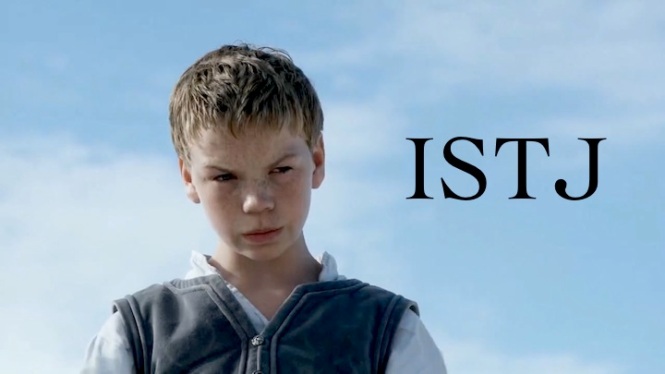 Dominant Si: Eustace initially behaves in ways that do not reflect the customs of English society as a whole because he is used to the behavior of his parents, who have tried to raise him in a way that they consider modern and progressive. In reality, they have accidentally stunted Eustace’s imagination and emotional life, making him unable to enjoy socializing with normal children. When Eustace is transported to Narnia with his cousins Edmund and Lucy, at first he cannot adjust to the fact that he is in a place where his parents’ preferred way of life might hamper his own survival. He insists that a British Consulate must be located somewhere in the area and believes that things on the Dawn Treader are not being done properly. Fortunately, Eustace eventually realizes that the customs of Narnian society make more sense than those taught to him by his parents. He changes his behavior and becomes a much more pleasant person in both Narnia and England.

Auxiliary Te: Eustace cares a great deal about basing his beliefs on real-world facts. His arrival in Narnia is particularly jolting because he finds that some elements of fairy tales (which he does not read) actually exist there. Once he gets over his shock, he accepts them as real, but only reluctantly. Eustace has a tendency to be blunt, both before and after his experience with Aslan. During his first weeks on the Dawn Treader, he complains constantly, annoying his shipmates. During his second visit to Narnia, he does not mince words when blaming Jill for exacerbating their problems: “…if you hadn’t played the fool on the edge of that cliff and jolly nearly murdered me–all right, I said murder, and I’ll say it again as often as I like, so keep your hair on….” Eustace is a practical person, and he proves able to do what is necessary to protect his companions, even in stressful situations. He attacks the Sea Serpent boldly (though ineffectually) and overcomes his fear of heights to try to keep Jill from falling off the cliff.

Tertiary Fi: Eustace’s values are internally based, and he does not change his beliefs under pressure. At first, his primary belief seems to be that his own needs and desires trump everyone else’s, and he will do whatever he considers necessary for his own survival. At school, he cooperates with the school bullies to avoid their displeasure. On the Dawn Treader, he refuses to be pleasant to his cousins and shipmates: he lies, steals, and sneaks around behind their backs. He believes that, while such behavior would normally be wrong, it is justified in this case because they have been unwilling to listen to him. Lucy’s attempts at kindness and Edmund’s criticisms alike do not make any impression on Eustace. He has to learn the hard way that his beliefs have been wrong, but once he has done so, his behavior and attitude undergo a complete change. Eustace is not very demonstrative with his emotions, but the emotions he does show are authentic. In general, he is a poor actor: although Eustace tries to help with Jill’s plot to convince the Harfang giants that they are excited about the Autumn Feast, he is not particularly convincing.

Inferior Ne: In part because of the way his parents raised him, Eustace’s imagination is initially very weak. He can only envision one way of doing things (his parents’ way). His experiences in Narnia show him that the world is different than he had been raised to believe, and Eustace learns to accept, and even enjoy, some unusual experiences. Generally, however, he relies on familiar means of solving problems rather than coming up with entirely new solutions.