ISTJs are frequently stereotyped as whining, OCD, rule-obsessed intellectuals with no social skills. Either that, or they’re portrayed as evil, emotionless cyborgs with no sense of humour. As someone with a close ISTJ friend, I understand exactly how terrible those stereotypes can be on a person. Unfortunately, such stereotypes are ever present in the media, and have found their way needlessly into the recent film, The Imitation Game.

If you haven’t seen it yet, I highly recommend it (yes, despite the stereotypes, it is a fantastic film). The depiction of Alan Turing’s Character painted by Benedict Cumberbatch is largely inaccurate in many respects, as the film-makers seem to have taken Turning’s ISTJ personality and stretched it to fit the stereotypes we just described.

Let’s you and I take a walk, and on that walk, we’re going to carry those stereotypes up to the top of a cliff and drop them off, one at a time. Shall we?

As far as I’m aware, the real Allan Turing was never obsessive about not letting the peas and the carrots touch. He wasn’t OCD at all, though he did get bullied in school.

As children, it’s not uncommon for ISTJs to exhibit potential OCD traits and receive backlash for it. However, it’s equally common for teen ISTJs to be totally cool with letting their bedroom fall to decrepit ruins. They’re often picky about things, but usually in a completely (normal would be an insult) healthy way.

That’s Si for you, but it’s definitely not OCD. (if you still think it is, you should read more often). SiTe is picky about details and organisation, and in younger ISTJs this can often look very much like OCD, but it usually isn’t. 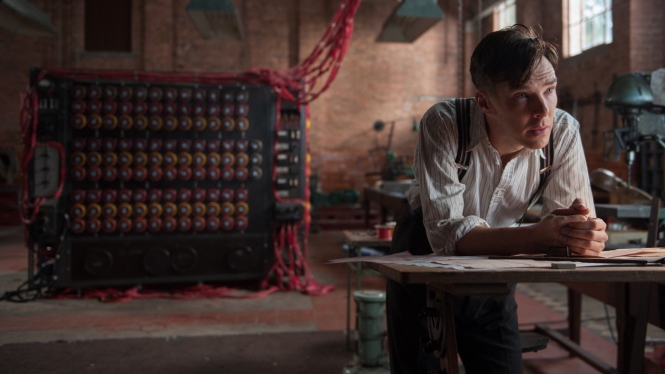 If all ISTJs were so flagrantly rule-obsessed and societally driven as the stereotypes make out, there is no way in heaven or earth that Allan Turing would have been so open about his sexuality during his lifetime (in real life, he made no efforts to keep it a secret).

There is a small amount of validity to the rule-claim, but in a completely different way than most people imagine. I’ll use my friend as an example once again. As a little boy, he was always the tattle-tell of his family because he wanted to make sure everyone was following the rules exactly. He wanted all of the pieces of cake to be exactly the same size.

However, over time, he stopped telling people what to do and didn’t worry so much about the rules in particular as he did about the morals behind them. This is where Tertiary Fi comes in. His need for everyone to have an equal portion of cake had nothing to do with rule-obsession or OCD. It was merely an ethical desire for equality and fairness.

Most (not all) ISTJs are very disciplined, and not just when it comes to daily routines and habits, but disciplined in terms of life itself. IxTJs, develop morals as principles rather than feelings. Where someone with Fi in a different order might act based on what feels right, IxTJs will define for themselves a set of principles to live by. (this is what mature tertiary Fi looks like).

My ISTJ friend wants everyone to have the same experience with cake as he does. ISTJs view morality in a more black and white sense, while INTJs see it as a scale of many colours. That said, many ISTJs don’t necessarily differentiate between equality and sameness. Thus, ISTJs are more likely to come across as rule-obsessed and controlling, when underneath, they are really just concerned for what’s right.

Trying living with an ISTJ some time! You might change your mind.

ISTJs may seem emotionless on the surface, but underneath, there very well may be a storm raging, or a party singing. ISTJs get very emotional (in particular) about their principles. When one of their principles is violated, they take it as an insult of the highest degree.

For example: give my friend the smallest piece of cake, and he will instantly start to rat you out. However, he could care less whether so and so’s cat died. If his cat died, he might cry about it for weeks (that is, if it weren’t for the fact that he hates cats). It boils down to this. When an ISTJ has a personal stake in a matter (Fi), they will be emotional about it, even if they don’t show it on the surface.

No Sense of Humour?

Ahh…If only the people who say this could hear the sass that rolls off my friend’s tongue every day. There’s no denying the fact that he’s got a sense of humour (and a well developed one if that).

The inability to laugh and tell jokes part of the stereotype definitely crashes to the floor at this point. The stereotype probably originated in the ISTJ tendency to often take things too literally. Now, obviously this isn’t always the case, but it does seem to hold true for most ISTJs.

My friend for instance, can dish out sarcasm and extremely well crafted wit at the spur of the moment, but he has a bit more difficulty catching on to other people’s sarcasm. When he was little, his siblings used to tell him there were ghosts living upstairs he believed them. Nowadays, he has to watch facial expressions to figure sarcasm out because he can’t do it intuitively. Frequently, he’ll have to ask me whether my straight-faced sarcasm is sarcasm or seriousness, and more often, he will misinterpret my genuine comments as sarcasm.

Allan Turing was similar. He was an infamous jokester, but often took other people’s sarcasm literally (not to the extreme of the sandwich scene, however).

Now that’s just mean. As an INTJ, I get the same stereotype all the time.

People frequently say things like the following to me (all direct quotes): “sometimes I wonder if you’re going to murder me in my sleep,” “I’m really glad our apparent complex has a no-weapons policy for you,” or “look at her face. She looks like she’s going to kill someone.” “I wouldn’t want to take on her in the hunger games.”

Meanwhile, I’m just sitting there, pondering the possibility that the universe could be a stimulation. I mean honestly, why would I plot murder when I could postulate truth?

Anyhow, back to the topic at hand: ISTJs are not evil.

“Sometimes it’s the very people no one imagine anything of who do the things no one can imagine.” ~ The Imitation Game

Saying that someone is evil merely because they have a certain personality type shows about as much ignorance as saying that all black people can rap, or that all white people are fat, or that all Asians are smart. Remember, your MBTI type only specifies how your thought process works. It by no means dictates your character.

Cleared that one up, and happy to do it.

4 thoughts on “ISTJ Stereotypes in “The Imitation Game””