Ne: Patrick is an unconventional detective who is not afraid to break the rules a bit if it means he can get his way. Often mistaken as a psychic for his great mentalist skills, he has admitted that it involves making use of his intuition and making guesses based on his experience with people. He tends to use an experimental approach while dealing with dilemmas, like convincing people that there has been a virus outbreak to see who has had the antidote already (this probably won’t make sense to anyone who hasn’t watched that episode, but it is one of the most striking example of his approach). He excels at finding connections and prefers to look at things from a perspective different from everyone else.

Ti: For every detective working on a case, logical deductive abilities are a necessity. Patrick’s Ti may not be as developed as his Ne but he does heavily rely on it and makes mental maps to solve his cases. He also shows the ability to remain calm and take calculated logical decisions and not rush in the face of adversity. Being the kind of person one would not expect to get easily swayed by emotion, he preferred to find the logical solution to the problems that confronted him. His Ti also enabled him to take calculated risks that would work almost every time; although they do manage to get one person killed per season, still comes as a surprise when they do. 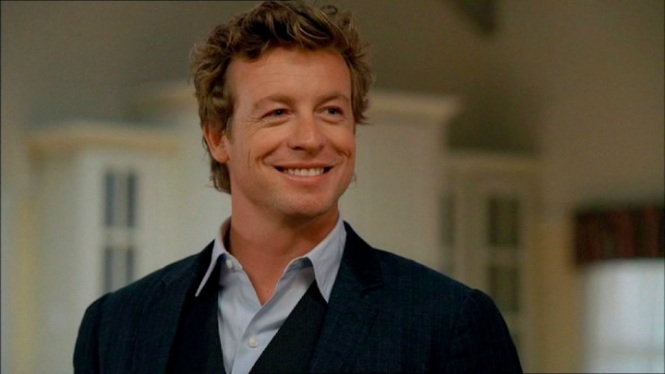 Fe:  Most of Patrick’s theories are based on understanding the motive of his suspects, rather than purely physical facts. As he was not shown to be extremely intelligent, (just good at chess) Patrick’s advantage was his well developed Fe which he would use to manipulate and read other people. He did try to keep his emotions out of his job and not help some convicted criminal escape and murder other people, partly because she helped him get to Red John, but mostly because she exhibited a liking towards him; he didn’t always succeed.

Si: Patrick is someone who learns by experience and applies a lot of inference from his past to every situation. He is rarely seen physically exerting himself. He did hold a series wide grudge towards a particular serial killer, had issues moving on in life, and has had a lot of flashbacks, as consequence of his Si.

Author’s Note: On the argument that he is an Fe dominant, I’d say that his Fe was mostly only displayed in his methods rather than his motives, (there are exceptions, but they’re a bit scarce). This is what you’d expect from an Fe auxiliary or tertiaries, not Fe dominants.