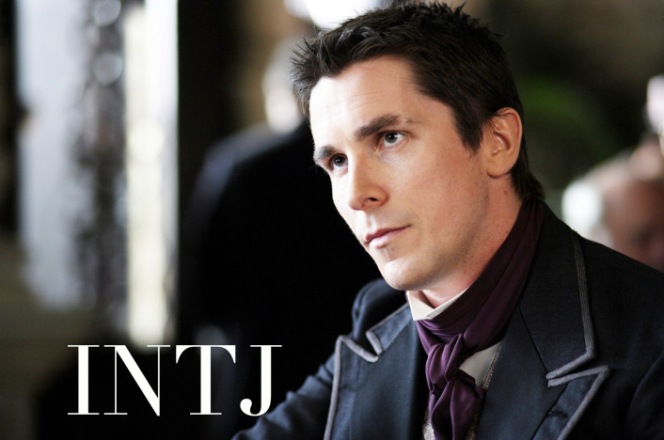 Ni: “Secrets are my life.” Borden’s game is mystery, and he’s better at it than pretty much everyone. He deliberately makes his tricks simple because he knows that Angier will look for a complicated solution. He’s ambitious and singly focused, literally living his game of magic in every day life, where other magicians only perform their tricks on stage. He easily discerns Angier’s secrets because he intuitively understands how his brain works. He easily manipulates Angier’s double into corruption against Angier. Borden is typically ten steps ahead of his enemies.

Te: Borden is task oriented. When he sees a potential problem, he immediately formulates a long term strategy (Ni) to prevent it, and carries it out precisely. He’s honest, though selectively evasive. He values originality (Ni) and is always thinking of ways to improve his tricks to make them better and more efficient.

Fi: Borden does primarily what he believes to be authentically right, rather than developing his moral code through the help and/or advise of others. He doesn’t usually express his emotions in public, and is secretive about his inner life even in private. He is kinder and more loving than his twin brother Freddie (also an INTJ), and Sarah can easily tell between the two of them because their emotions are genuine and do not put up pretences for society.

Se: The only time that Borden’s plans don’t really work out is when he’s caught by surprise. When this happens, he panics and doesn’t always make the best choices. Presentation is a bit difficult for him when he first starts out as a magician, but over time, he’s able to learn how to use theatricality to make his act better.