Lord of the Rings, J.R.R. Tolkien

Dominant Fi: Frodo is kind to everyone, to the point where he puts himself and Sam in danger because he doesn’t want to hurt Gollum. However, his empathy tends only to connect with others who have gone through the same things he has, which is why he has a harder time accepting Sam’s offers of help than he does Smaegol’s. His actions are always derived from his strict sense of morality and he is motivated solely by his emotions, be it fear, love or plain responsibility. His emotions are not influenced by others except in his tendency to take other people’s comments and intentions a bit too personally.

Auxiliary Ne: Even in the darkest of times, Frodo does not give up hope that he can succeed in his quest. Before the start of his journey, he has dreams for the future of exploration and is always asking Bilbo about his adventures. He intuitively recognizes alterations in people’s behavior –knowing without asking that Boromir has dangerous intents and that Gandalf is more important behind the scenes than is obvious. He recognizes potentials in both himself and others. For instance, he recognizes that he’s capable of becoming like Gollum, or that Boromir has good in him. 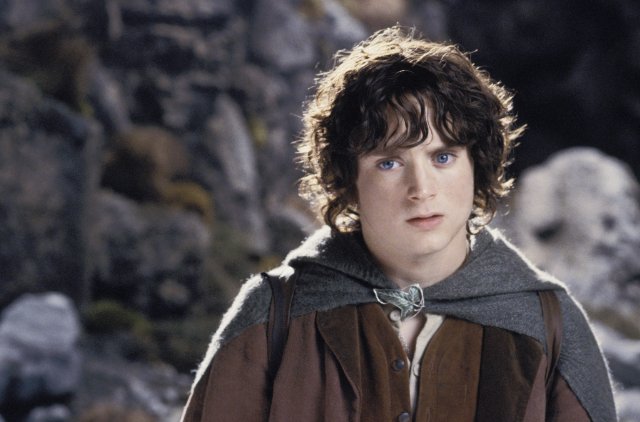 Tertiary Si: Frodo values the comforts of home and becomes saddened when he realizes that he can no longer remember the things he once loved. He is practical to the point where he can’t see himself coming back from Mordor. He wants to experience the things that Bilbo did in his adventures, but once he’s out in it, he finds himself wishing to return to his normal life.

Inferior Te: Frodo is goal-oriented and makes each decision with the aim of working toward the end of his quest to destroy the ring. He is responsible and does not back out simply because the way gets tough –which is precisely why Gandalf entrusted him with the ring and not someone else. He is the decision-maker for the fellowship and at first, is somewhat of a leader.

I’ve seen it argued that Frodo is an ENFP, but honestly, I’m not really sure how anyone could think he was an Ne dom, let alone extraverted…Suppose they just mixed up the function order.

That is all I have to say.