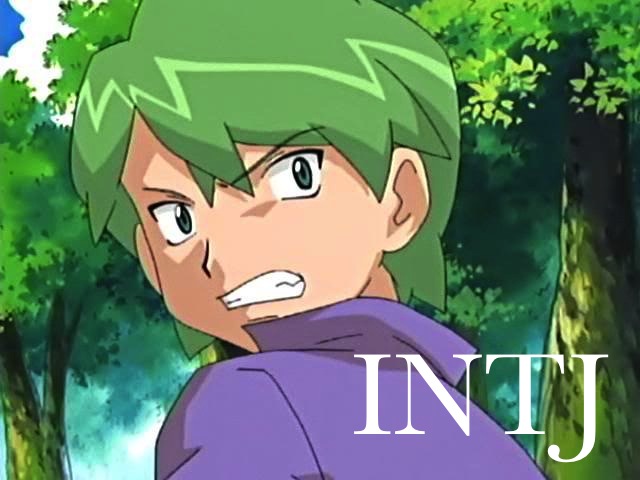 Introverted Intuition (Ni): Drew has an obsession with Pokemon contests that consumes his whole life.  Even after a humiliating loss in his first ever contest battle, he persevered, becoming a skilled, respected, and popular Pokemon coordinator.  He focuses so much on plowing ahead that he all but forgets this humble beginning to his career.  Drew chooses each Pokemon on his team with great care, going out of his way to capture the ones that he especially likes.  When his plans are interrupted by a shipwreck that strands him on an uninhabited island, he is slow to adjust to his new reality, instead bemoaning all the training time he has lost. 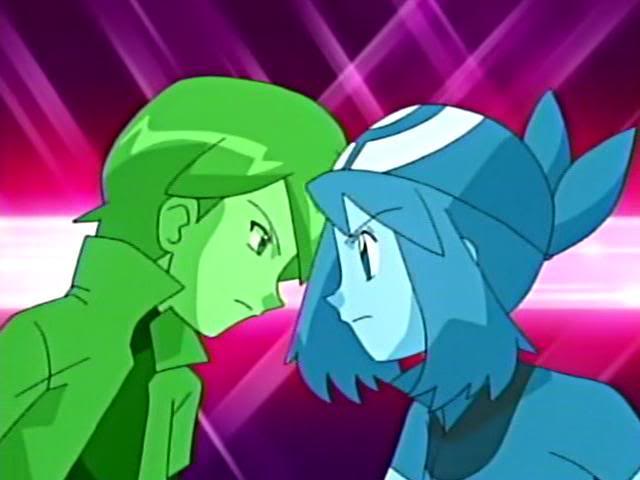 Extroverted Thinking (Te): In his contests, Drew focuses heavily on results.  He always has his eyes on the prize and is marching toward it, whether it is a ribbon in an ordinary contest or or the top prize in the Grand Festival.  Drew has many criticisms of May when the latter is starting her contest career, including an over-receptiveness to the suggestions of others and fancifully bragging about her abilities – indicators of a strong Fe – and he is very quick to give those criticisms.  However, as May starts to rack up contest victories, Drew gradually comes to respect her as a coordinator.

Introverted Feeling (Fi): Even though May does eventually gain Drew’s respect, she is clueless about this development until told about it by some of his fans.  The main way that Drew congratulates May for a victory is not through words, but by giving her a rose.  Drew has a strong honor code that governs his actions; he often joins against Team Rocket, even when they are targeting Ash or May instead; he foils plans by Harley to sabotage May’s contest performances; and he leaves a Pokemon alone after spending a lot of time chasing it upon finding out that it has young to take care of.

Extroverted Sensing (Se): Drew’s love for Pokemon contests showcase his taste for aesthetics; Drew has no problem dazzling spectators with his performances.  His Pokemon tend to be beautiful in appearance (Roselia, Butterfree, Masquerain, etc.).  Drew also wants to look his best himself; his clothing is stylish, and his hair, although not particularly neat, has an elegance to it.

Author’s Note: In the few typings of Drew that I’ve been able to find, he is always typed as ISTP or ISFP.  His Ni is too strong for either one; he is single-minded in making and keeping to plans, and he does not need a shot of adrenaline for motivation or excitement.