INTJs and ENTJs share all of the same Jungian Cognitive functions, which automatically lends to them looking quite similar. However, because of variations in function hierarchy, they are also vastly different. Let’s take a look at that, shall we?

The first trait to look for in an xNTJ is the Extraverted Thinking function (Te). The ENTJ uses this function in the dominant Jungian setting, while the INTJ uses it as an auxiliary function.

Extraverted thinking as an upper function typically expresses itself through task oriented behaviour, and because the Te function is more dominant in the ENTJ than the INTJ, the former will be more immediately task oriented than the latter.

ENTJs often prefer a life of busyness, scheduled out hour by hour with work, projects, school or whatever activities are present in his or her life. Often, ENTJs are the people you meet in school who are doing everything. They can’t come tonight because they’ve already got something scheduled.

INTJs on the other hand, don’t always want their life to be scheduled strictly, and INTJs are well known as school-haters for this very reason. They are efficient in completing tasks, but often, those tasks are done without other people, and thus, don’t require a schedule. INTJs frequently view work/school/social scheduling as a restriction on their free time, which they usually feel to be more productive than publicly scheduled time.

It’s not uncommon for ENTJs to become impatient with inefficiency, or the inability of others to complete tasks now, rather than later. To the ENTJ, quality is important, but not quite as important as getting the job done. Usually, ENTJs will talk verbally about what they plan to do before they do it. If you’re helping them with a task, they’re probably going to have a specific way that they want you to do it (usually the most efficient way), and as a result, you’ll see the entire plan as they’re thinking it out.

INTJs tend to be more patient with tasks, valuing quality before efficiency. They tend to see tasks on a more long-term timeframe, while ENTJs look at it and say, “just get it done.” INTJs usually have an extensive plan for most things that they do, but won’t mention those plans out loud because the innovation happens in their head (using the dominant Introverted Intuition function), before it is carried out with swift Te action. All you see of the INTJ’s plan is the result.

Both INTJs and ENTJ communicate in a direct fashion. 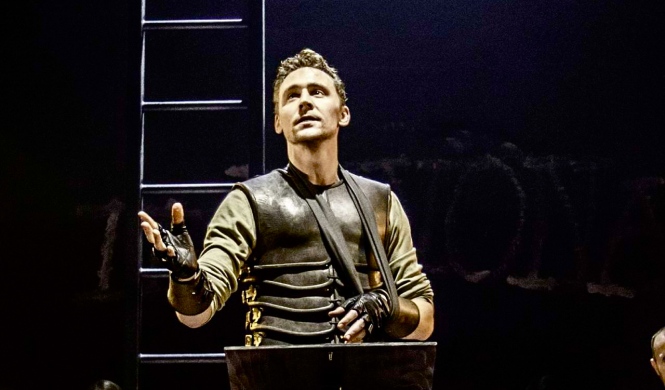 Typically, ENTJs are more outspoken, and potentially more blunt. They will be extremely fluent in getting their points across in clear, understandable terms. Because their Te precedes their Ni, ENTJs won’t always think before they speak, which can be both a strength and a weakness depending on the situation. In environments that require quick responses, ENTJs have the upper hand. However, they’re often prone to saying things that they later regret.

INTJs are better at thinking before speaking, but often to such an extent that by the time they’ve thought out what they want to say, the conversation has moved on and it’s too late (this rarely, if ever, happens to ENTJs). There are times when INTJs don’t think before speaking, but only when they’ve made a jump down to using their Se function.

If you ever get and ENTJ and an INTJ in a debate, the ENTJ will probably spew out the most words. Meanwhile, the INTJ might sit back and listen (appearing quite passive), only to win the debate with a single statement that defeats the ENTJ’s entire thought process up to that point. Then the ENTJ will probably deny that they’re wrong and walk away fuming (if they’re immature that is).

xNTJs are natural leaders, but both have a distinctly different style of taking charge of situations.

ENTJs are pros at organising people and falling them to support their causes –so good in fact, that people don’t always know why they’re following the ENTJ, other than the fact that they seem confident and capable. In reality, much of the ENTJ’s power comes from their natural assertiveness. They’re often ready to step up and put ground rules in place while everyone else is standing around wondering what the heck is going on.

INTJs don’t usually enjoy leadership quite as much as ENTJs, though they are equally good at it. Generally, INTJs take an underground approach to leadership, leading from the belly of the beast while some Exxx type gets all the credit for riding the beast. This is the main reason behind the large number of fictional INTJs who work as vigilantes, allowing the cops to get credit for whatever they do.

This is Batman. This is also Sherlock. Both work relatively alone, relying on small networks of unconnected people to get them necessary tools and information. The INTJ isn’t necessarily going to want to connect all the people in their network to the other people (Sherlock has an underground network of homeless people, but does John ever interact with them? Do the police even get to see them?). The way INTJs see it, the fewer people that know they’re in charge, the better.

ENTJs differ from INTJs in that they typically make it clear who’s sitting on the throne. Everyone in their network knows they’re part of a network and they’re aware of the other people involved. From this standpoint, the ENTJ leadership style tends to work better in the corporate world.

The second trait we’re going to notice in an xNTJ is their introverted intuition. INTJs use it in the dominant place, while ENTJs use it as an auxiliary function.

xNTJs are immensely future oriented, and often hone in on a decided career before even reaching kindergarten (not always, but commonly). They’re often able to intuitively predict how events will play out, and this makes them very good at preventing disasters. xNTJs usually have a plan for everything, and if a zombie apocalypse hits, they’re probably going to be underground before you even think to follow them.

ENTJ’s future orientation tends to focus more specifically on plans of action. They know what they will do if X happens, and they’ve mentally rehearsed it enough times that when X happens, they’ll carry out their plan on instinct rather than having to think about it.

INTJs are action oriented too, but their future orientation often extends even further than the ENTJs, far into the realm of the theoretical future. 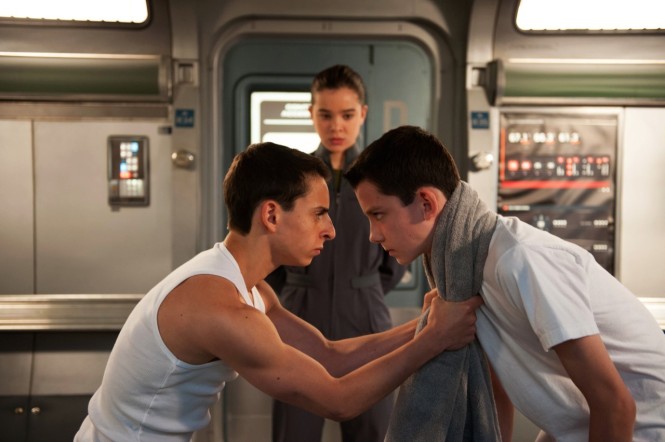 INTJs are the world’s natural strategists. They recognise patterns in the universe, the behaviour of others and their environment that allow them to intuitively predict future events and to plan for them. This trait, dominant Introverted Intuition (Ni), is what allows fictional INTJs to consistently be ten steps ahead of everyone else.

ENTJs are quite capable of strategizing as well, but because their Te comes before their Ni, they won’t value their visions and plans as much as they will action. The ENTJ’s primary objective is often to get the job done, and their Ni will function as a means of thinking up a strategy to accomplish that.

INTJ’s primary objective is to realise a specific vision (Ni), and Te acts to assert the actions necessary to realise that vision. The difference is subtle on paper, but in action, you will see a vast chasm of difference. The best way I can describe it is this:

In action, this often translates to ENTJs choosing specific actions to get what they want, while INTJs will try to strategize with intellectual and rhetorical methods before jumping into action.

Ni is a problem solving function. One of it’s main strengths is rooting out potential problems and finding inconsistencies in information and patterns. This frequently leads INTJs to take a rational approach to solving problems before ever trying to prove anything with empirical evidence.

The ENTJ on the other hand, is going to want to look at the empirical evidence first, then try to figure it out rationally later.

Next, we’re going to take a look at how the xNTJ types perceive the world and intake information. ENTJs use tertiary Se, and INTJs use inferior.

If you put an INTJ and an ENTJ on a roller-coaster together, the ENTJ is more likely to enjoy it, while the INTJ might sit the whole thing out, looking around amused that everyone is screaming.

ENTJs are more likely in general, to react positively to sensory experience.

As an inferior function, Se is the INTJ’s weak point. They are commonly overstimulated by highly sensory environments, which frequently leads them to dislike loud, crowded places, or even scented shops. If anyone is going to be touch sensitive and anti-hug, it’s your INTJ friend. 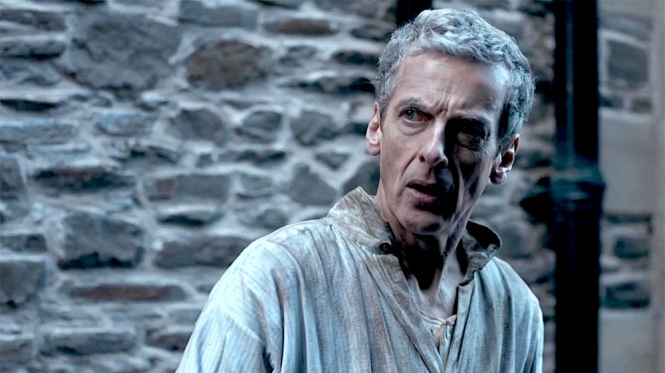 ENTJs tend to enjoy being spotlighted or praised for their accomplishments, while INTJs prefer to back out of the limelight (though they may want people to think highly of them). ENTJs usually enjoy being spotlighted, and are typically incredibly competitive with other people. INTJs are competitive as well, but typically more so with themselves and beating personal bests than with other people.

For the ENTJ, the Se function acts as a means of revising strategies to fit changing circumstances. This can be a strength when it comes to deadlines and or spur of the moment changes in situation, but it can also be a weakness if it means the ENTJ didn’t focus enough on perfecting details (as the INTJ would say, “a straight line may be the most efficient route between two points, but it is by no means the most interesting”).

Though they can if dire need arises, INTJ’s are often hesitant to jump into new situations, and tend to rely heavily on their strategies and plans to see them through the rough spots in life. They’re not incredibly good at improvising. Thus, BBC Sherlock’s complete lack of reaction to John’s request for best man.

Inferior Se can be a particular weakness when INTJs shut the function off entirely (due to stress).  At that point, they disconnect from the physical world entirely and start living completely inside their heads…which can be dangerous to say the least.

INTJs use tertiary Introverted Feeling, and ENTJs use it in the inferior place.

Both types will be prone to hiding their emotions, but will speak openly about their moral principles. INTJs typically form a strict, internally based moral code even before they reach maturity, while ENTJs usually take much longer to develop a moral code. ENTJs will not always consider or understand moral principles unless they are well matured.

As the inferior function, Fi is the ENTJ’s weak point. Inexperienced MBTI enthusiasts look at function hierarchy and think that the lower the F function, the more in control of your feelings you must be. This isn’t necessarily the case.

ENTJs are often less in control of their emotions than INTJs simply because it’s their least developed function. Their emotional fuse is shorter than the INTJ’s, and when it snaps, it’s obvious to everyone. INTJ’s emotional fuses are usually a bit more secretive.

52 thoughts on “How to tell the Difference: ENTJ vs INTJ”