The first thing I’d like to make clear is that Tolkien does not write like an INFP. Though he was known for not finishing projects he started on and for working in “idea bursts,” his writing does not express an Ne-style creativity. If you want a better example of very INFP writing, look to Neil Gaiman as your (exaggerated) example.

Having studied medieval literature at the university level, it is clear to me that Tolkien did not come up with most of his “ideas” himself. Almost all of the cultures and concepts found in Lord of the Rings, The Hobbit, and the Silmarilion are literally borrowed aspects of the medieval era literature he was obsessed with. If you need evidence of this, here you go: 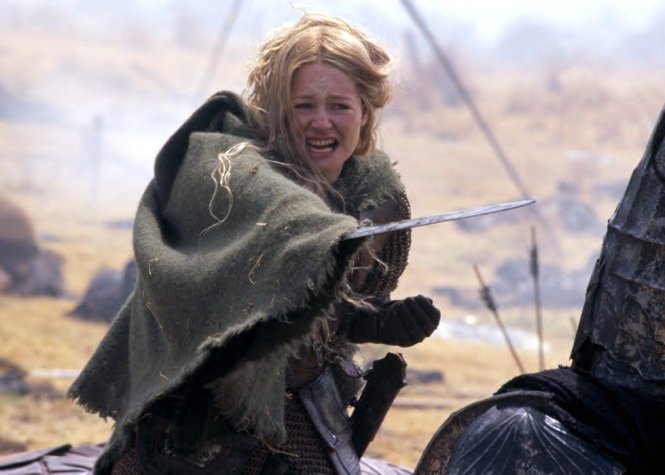 You get the point.

An INFP writer would probably have come up with all this crap himself (upper-Ne), rather than borrowing it from factual knowledge studied at a university (upper-Si). And just to be clear, I am in no way claiming that Tolkien was plagiarising other works. I think what he’s done here was genius –I just know an intuitive writer probably wouldn’t have done this.

Some people look at this and say, gee, that bloke had one singular obsession for his entire life, and so they conclude INFJ. However, to me, this is not INFJ writing. INFJ writing attempts to convey a singular underlying philosophy, while what Tolkien is doing is relaying his knowledge of medievalism. That is SiTe writing.

Tolkien was first and foremost, an expert in linguistics and medieval studies. He wrote about Middle Earth because he wanted somewhere to use that knowledge (Te). His middle earth world is almost more about the details of world building than it is about storyline, and the fact that it’s so ridiculously detailed points directly to an upper Si function.

In fact, HE REFUSED TO EDIT HIS WORK because he didn’t want to remove any of the details (that, when looked at from a literary perspective, are completely unnecessary and bog his writing down). Thus, we get The Two Towers, in which, Frodo and Sam travel (that’s it? Yeah, pretty much. You might want to skip that one and just read Return of the King).

The reason that Tolkien did not finish his projects had nothing to do with an Ne-distraction tendency, but more to do with the fact that he insisted on including so many details in his stories. This is the same reason that my ISTJ brother cannot finish the drawings he starts –because he wants to go slowly and get every detail perfect.

His writing, albeit poetic, is very factual. He tells more of what happened, than what the characters felt about it, which is why I’m lead to believe that his Te was more dominant than his Fi. People who mistype Tolkien as an INFP do so either because they assume ISTJs are not creative, or because they have recognised the right jungian functions in his work, but in the wrong hierarchy.

Anyone still not convinced?

58 thoughts on “Why Tolkien was an ISTJ”