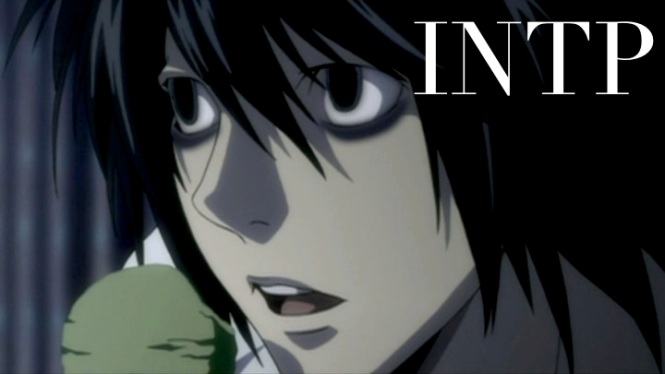 Introverted Thinking (Ti): One of the defining characteristics of L’s personality is his unbeaten ability to reason. He can make very long logical connections between two seemingly unrelated events (Ne), and come to conclusions which would not be easy to come by without deep thinking abilities (for instance, that the Kira they were looking for must be in Japan, or that he was a student). One of his main motivations is the desire to know. Although his schemes usually expose many facts, he is rarely 100% sure of anything. 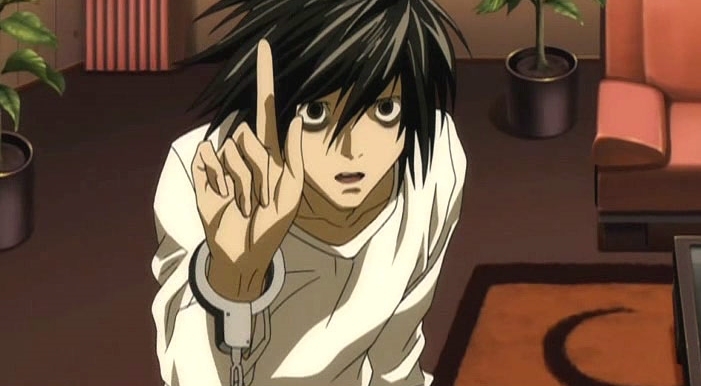 Extraverted Intuition (Ne): L is an innovator. His method of gathering information from the outside world mainly depends on him making some scheme which would drive Kira out, such as the TV broadcast which he first used to pinpoint his location further. Even while investigating directly he would visualise many different possibilities at once, using his Ti to critically analyse and assign different probabilities for each scenario. Although his schemes usually exposed many facts, he would still not be 100% sure of anything. His hesitancy to jump to conclusions leads him to never dismiss Light Yagami as a suspect in the case, even when his own experiments indicate otherwise.

Introverted Sensing (Si): L isn’t the kind of detective one would usually expect to find in fiction. He prefers letting someone else do the police work over physically observing crime scenes himself and instead, concentrates on and concentrate on analysing the clues they gather (Ti). He often refers to his past experience to predict or form theories about outcomes or causes, (such as predicting that Naomi Misora was killed by Kira, and did not commit suicide).

Extraverted Feeling (Fe): Although L is primarily motivated by his curiosity, he often makes it evident that there are emotional reasons for his interest in the Kira case. He doesn’t believe that a world controlled by fear can be better than the more liberal but less ideal world that exists. Despite the police and every other organisation eventually stopping his funding, he still continues on the case. It is his intent to help people that makes him one of the greatest detective in his world.

Note:  Lawliet is supposed to be his true name, but I don’t know where it was told.