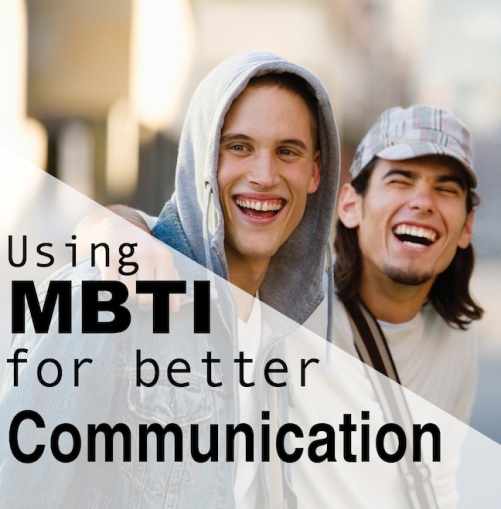 Question: Hi! I’m an INFP female with some sort of Aspie-autistic spectrum disorder thing (I don’t know the word) and I was wondering, is it crazy that I think that just by looking and interacting with a person long enough, no matter how long I’ve known them or what, that I can detect what their personality type is, and then from that, use this poss-umption (possibility/assumption/don’t judge me) in order to formulate how I will react and respond to their self-ness? I don’t know… I feel like you would be able to culminate the right amount of truth from this curiosity, and how weirdly I needed to word it in order to explain how I felt myself was trying to be explained. Wow that was a train wreck. Anyways, thanks!

INTJ translation: After enough exposure to MBTI, is it possible to learn how to type people in conversation and then change your behaviour/language to accommodate their thought process?

Answer: Yes. I do it every day.

The key to a good friendship is always to give the impression that you not only like the other person, but that you understand them. This isn’t always easy or possible, but using your understanding of MBTI, you can definitely get better at it.

First, here’s how to figure out someone’s MBTI in conversation.

T-types responding to F-types: Don’t assume that someone’s stupid just because they seem emotional. Realise that logic can’t always solve F-type’s problems and that if they’re upset, they might need comfort and understanding more than they need you to logically talk them through their problems.

F-types responding to T-types: Don’t think that T-types are immoral and cold just because they don’t visibly emote all the time. Be aware that they do have feelings, but don’t expect them to talk about them just because you ask.

S-types responding to N-types: Be aware that N-types are more rooted in their thoughts than they are in their memories and the physical stimuli in their world. They may talk in symbolism and metaphor that doesn’t come naturally to you (just ask for an explanation). Si-types, realise that they may not be particularly traditional, might not use the manners you’re used to. Se-types, just know that ideas are going to be more interesting to them than having fun in the physical world.

Upper Ti-users don’t always like to vocalise their thought process to everyone. When they do speak, they usually want to have fleshed out their diction before they talk. They’re the kinds of people that you’re likely to hear sifting silently through words as they speak. When you talk to them, use specific words that mean exactly what you say. If your language is vague, they might tease you about the definitions of words.

Be further aware, that what seems logical to them, may not coincide with any form of external logic, and as a result, you may not understand many of the concepts they try to explain. “It makes sense in my head,” is basically their catchphrase (that they never say). In that case, you might want to ask them to rephrase their questions or explanations until you reach one that makes sense.

Te-users in particular are likely to be annoyed at Ti-users because Ti users aren’t going to vocalise their thought process quite as often and directly as Te likes. Understand that Ti-users often need to think things through before talking about them.

Understand that Ti-users aren’t going to be as task-oriented as you are. They probably don’t want their schedule to be quite as full as you do. When you ask them their “plan,” it might not be as fleshed out as yours. The key here is to realise that you live a life of structure and organisation. Realise that Ti-users don’t, and be okay with that.

The #1 rule of thumb for anyone who wants to stay on a Te-user’s good side is this: communicate directly. Don’t side-step questions just because you haven’t explored the content yet. If you’re not sure about something, just out-right tell them you’re not sure. Furthermore, don’t be offended when they’re blunt with you. To them –it’s just being honest, efficient, even kind.

The key-word here is communicate. Talk about your plans. Don’t leave your Te-user guessing at what the heck you’re thinking about or trying to accomplish. Chances are, if you include them, they might just help you get organised enough to accomplish things more efficiently than you ever imagined.

The other next main thing anyone should be aware of is that Te-users are task oriented. If you agree to do something for them, they expect you to do it (probably now, if they’re a Te-dominant). Your best way to show love to a Te dominant or auxiliary is to do things for them.

If you’re a Ti-user, you’re probably used to looking at ideas and tangible concepts in terms of how they work. Te-users don’t care how anything works so long as they can get it to do something for them. Think of Batman when he’s first introduced to “the Tumbler” in the basement of Wayne Enterprices. He doesn’t ask how it works or what it’s for (Mr. Fox, who’s a Ti-user explains all that anyway). But Bruce asks, “Does it come in black?”

These people are free spirits, and that is the main thing you have to respect about them. Their primary goal in life is to be authentically true to themselves, and they’re going to have a hard time not understanding the lack of that trait in others (particularly Fe users). Upper Fi-users usually want to help you succeed, and are often taken advantage of for their service-oriented lifestyles (don’t be that person).

If you’re an Fe-user realise that your sense of morality is on a completely different frame of reference from that of Fi-users. Try to understand where they’re coming from on a moral/personal level before passing judgement on them out loud. Don’t claim that their sense of morality is wrong simply because it differs from the norm, or because they behave differently from you’ve been taught is “proper behaviour.”

An upper Fi-user’s moral code is always one of the most important aspects of their lives. Get to know their moral code. Learn what their principles are and never ask them to violate them. Be aware that they are usually deeply sensitive, so if you’re a Te-user, tone down your bluntness.

Hint: they might get in your personal space. Prepare yourself (especially upper Te-users).

Get ready to show social graces and respect for humanity. Get ready to show your willingness to help promote group welfare etc. Fe-users are always thinking about how to support group harmony, so don’t be that person that pointlessly disrupts flow just for the sake of disrupting the flow.

Also, don’t take advantage of their niceness when they constantly ask to do nice things for you, but also don’t refuse to let them do anything for you.

Fi-users: don’t assume that Fe-users are shallow just because their sense of morality flows more with society than yours does. Try not to think of it so much as “following the crowd,” but rather, adopting moral codes that they see working elsewhere.

Get ready for sentimentality and tradition. Si-users constantly refer to the past, so their family traditions are often quite valuable to them. You can use that as a starting point in any conversation.

The rule of thumb for upper-Si users is this: trust experience. The next big hint is that you can probably trust their experience too. They have a giant memory vault full of what-not-to-do’s that you can rely on (if they’re applicable to you, that is).

If you’re an intuitive type, don’t pressure them to change their ways by trying all sorts of new things. Don’t think they’re stupid for buying that same meal every time they attend that  same restaurant. They’re probably set in their ways, and the way they see it –there’s no point in changing a method that works.

If you’re an Se-user, the best advice I can give you is to realise that Si-users aren’t quite as good at reacting in-the-moment as you are. They might not enjoy a sensational activity so much as they would one that reminds them of their childhood.

This is the friend that will suggest that you drive a car off a cliff and try to jump out of it just to see if you can. I’m joking, but the point I’m trying to illustrate is that “fun” and “new” are important concepts to upper Se-users. If you make them sit at home doing the same thing every time you hang out together, they’re going to get bored.

Se-users love to experience life in the moment. They would usually rather be doing something than having a deep conversation, so N-types –tone the metaphysics it down a bit.

Don’t question an Ni-user when they state something as fact. Chances are, they’ve researched it thoroughly to the point that they’re 100% sure they’re right. In the long run, you’ll probably be better off if you listen to their predictions anyway. They’re usually spot on.

They might talk in riddles and metaphor, so be prepared to stop small-talking and start talking about really, really deep subjects. Basically, don’t expect them to talk to you about the weather, but also, don’t be afraid to tell them if the conversation is getting too deep for you.

For upper Ne-users: Ni-users love ideas just as much as you do, but they focus on them more deeply. Where you prefer to explore possibilities and are moving past them at light-speed, Ni-users can take one idea, focus on it for an entire year and come out at the end of it having an understanding of the idea so complex that it’s impossible to explain to anyone besides another Ni-user.

When you talk to Ni-users, try not to jump from idea to idea too quickly. If it’s an idea the Ni-user has previously explored, they probably have some interesting opinions on it. If it’s new to them, you may have just spurred an existential crisis.

Their thought process is going to sound random, but trust me when I say it’s not. It’s all based on making connections between what non-upper-Ne users perceive to be random ideas. If you can figure that out, you’re all set to understanding them. It’s why I can translate the questions I get from INFPs.

The best way to talk to an Ne-user is to get them talking about ideas, theory and creativity. They are dreamers who often have a million things they want to do with their life. Talk about dreams. Talk about ideas.

For upper Ni-users: You may not want to try to explain your whole theory on time to them. I know it’s easy to get excited when you find someone who likes ideas just as much as you do, but I hate to break it to you. Ne-users tend to look at the big picture of most ideas and then move on to the next one, rather than dwelling on a single idea until they understand it from all angles. That said, don’t be offended when one sentence of your explanation is all it takes for them to think your idea is cool and change the subject.

Ne-users don’t need closure on their ideas quite as much as you do, and they’re not quite as obsessive about them.