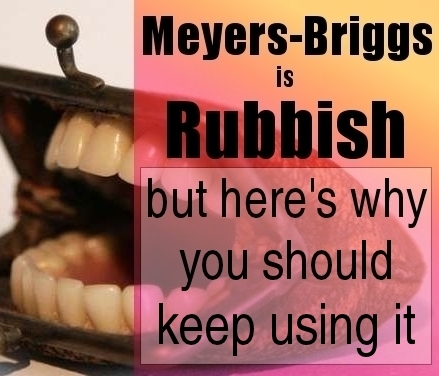 The Meyers-Briggs system is criticized as largely unscientific, and for good reason, it’s been called “the fad that won’t die.” As an INTJ, I find it difficult not to notice the theory’s frailties, yet, I continue to endorse it. “Hypocrite,” you might be thinking. Why would I bother becoming an expert in MBTI if I don’t fully agree with it?

To this question, I give you the most stereotypically INTJ answer of all time:

When I was 11, I had a sign on my bedroom door that read, “Knowledge is of no worth unless we put it into practice,” a principle that I have upheld my entire life.

I was introduced to Meyers-Briggs as a 17-year-old sophomore in college, when I was asked to take the test as part of a class. The students were asked to split into groups according to their type, and naturally, I was the only INTJ. In fact, I was the only INTJ the professor had ever encountered in all his years of using the test in classrooms.

I wasn’t surprised. I knew I was an anomaly. Everywhere, for my entire life, I had felt like an illegal alien walking among citizens of another planet, haunted by the constant fear that if I wasn’t careful, someone would discover me.

Yet, I was confused by the fact that anyone thought it logically possible to label all people under only sixteen categories. There was no way I, with my alien qualities, fit into a stupid label. The MBTI system is largely based on generalizations that attempt to get at the specific. As a result, there are many aspects of it that are largely questionable, yet regardless of whether the MBTI system is scientifically plausible or realistic, it has many uses for which thousands of people are perpetually ingratiated.

#1 It opens doors to understanding

Beginner enthusiasts typically start by exploring their own personality type because the accuracy of the profiles just screams “you are not alone!” It’s comforting to know that in all your strangeness, you fit in somewhere.

Others find that Meyers-Briggs sheds light upon parts of themselves that they did not understand, allowed them to stop questioning why they behaved certain ways and learned to embrace their strengths. Many people have a hard time determining what their strengths and weaknesses are, and the MBTI system tends to help promote strengths and root out weaknesses.

Even if unscientific, MBTI still gives people a starting point from which to understand their thinking process.

Furthermore, it is in the nature of Meyers-Briggs to arouse curiosity about other people’s inner lives. Even if we never fully understand others, MBTI opens the door to awareness of other people’s varied thought processes.

I know an ENTJ who is not only a blunt, pathological truth teller, but a man who experiences the persistent urge to show people more efficient ways of doing things. Most people can’t stand to be in a room with him, but because I understand his thought process, I can and quite frequently enjoy spending time with him.

Everyone faces communication barriers on a day-to-day basis. Oft times, disagreements arise due to misunderstandings and even failure to communicate at all.

Because the Meyers-Briggs theory so clearly focuses on individual thought-processes.

#3 It Helps us Avoid falling for Emotional Manipulation

My family jokes that I am the only person they know who can’t be manipulated. 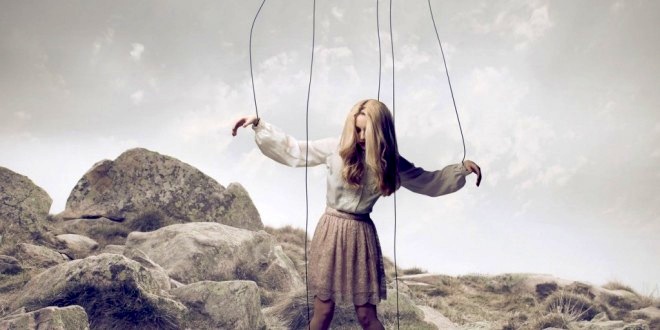 It amazes me the shear number of people who allow themselves to be pushed about by emotional manipulators. Yet, many of them do so because they cannot recognize the manipulation as it’s happening.

The understanding that MBTI can give you of the widely varying thought processes of others can be extremely liberating when it comes to avoidance of emotional manipulation.

#4 It is an excellent characterization tool for writers

After my initial exposure to MBTI in the classroom, I sought out further information for its usefulness in fiction writing.

As many of my readers will know, I am a creative freelance writer. That being said, my initial interest in MBTI stemmed from its potential usefulness for character design. It’s often difficult as a writer to create characters who are believable and consistent, and having a system to remind you, “no, this character doesn’t think like that,” when you start heading off the map can be very useful.

I started this blog as a casual way to practice using the Meyers-Briggs system. I figured that if I could type other people’s fictional characters, I shouldn’t have a problem typing my own. Then one day, out of nowhere, my blog viewership skyrocketed.

My first thought was one of opportunity, so I created my trademark Ask an INTJ Anything page. Then, over time, I’ve gradually worked my way into professionalizing the layout and focus of my blog.

17 thoughts on “Meyers-Briggs is Rubbish, but Here’s Why You should Keep Using it”