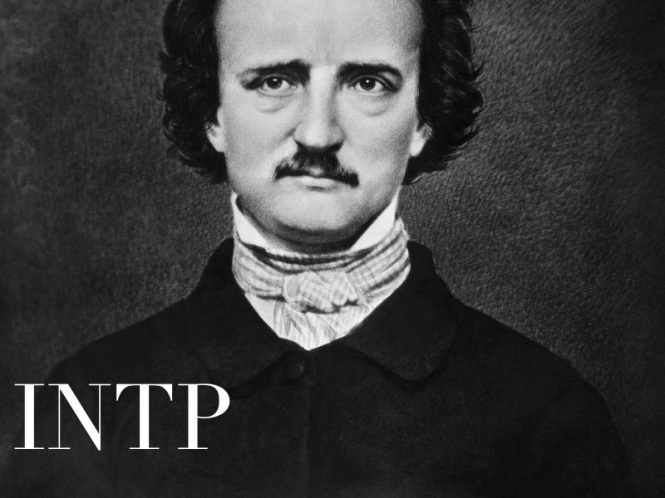 Ti: Edgar Allan Poe was meticulous and methodical in his writing. He had a specific method for everything, and wrote using many a long word (specificity was of utmost importance). Organisation wasn’t his strong suit, but losing jobs was. He was pro at maths while in school (to the point of being known for it), but due to disillusionment and frequency of missed classes, was expelled from West Point.

Ne: There is little doubt that Edgar Allan Poe had wild ideas, even for his time. He was a natural at written story telling and could always spot new ways to see the world. He was prone to disillusionment, but…I suppose most NT-types are. Poe was passionate about writing, and maintained the practice even when life was at it’s most horrible. Another of Poe’s primary motivations for writing was the pursuit of art and creativity.

Si: Much of Poe’s writing derived themes reminisce of his past life, reflecting his struggles with grief and insanity. He was skeptical of Emerson’s transcendentalist views specifically because he was more focused on the psychological aesthetics of form than the individualist morality that Emerson embraced. He valued poetic form particularly highly.

Fe: Poe’s writing was all in the name of affect –specifically the psychological affect that it would have on readers. He was also extremely interested in exploring the psychology of insanity within his characters. Occasionally, Poe resorted to racial stereotypes in his writing, making generalisations rather than seeking to understand individuals.