Other factors to keep in mind: PTSD

Ni: Peter gets very passionate about the things that he loves (swing). Though he doesn’t necessarily have the same level of knowledge about swing as Arvid, he’s just as passionate, and more visibly passionate. He always pays attention to the big picture implications behind his decisions, and intuitively catches on to patterns of morality. Unlike Arvid however, he processes these patterns through his feelings (Fe), rather than analysing them with logic (Te), and as a result, doesn’t always understand the patterns or what to make of them. He understands people intuitively, regardless of how different they are from him, and tries his best to settle the conflict of interests between Thomas and Arvid. Unlike most Ni users, Peter is less concerned about his future than he is about the past, mainly due to PTSD and an introspective need to understand his own complexity.

Fe: Peter doesn’t particularly know what he thinks about right and wrong until he’s heard everyone else’s opinions. He goes to people in private to vent his feelings and to try to understand them (because he doesn’t really). Eventually, after listening to Arvid’s passionate Fi morality-speeches, Peter decides to go rogue. He has a natural affinity to understand other people on a deep level, and is one of the few who can appreciate Arvid’s arcane sense of morality. Peter is often the middle-man, the peacemaker of the group, and in trying to subdue the arguments of his friends, often gets caught in their crossfire. At the same time, he’s reluctant to side with either of them, though he isn’t afraid to point out when one of them is wrong. 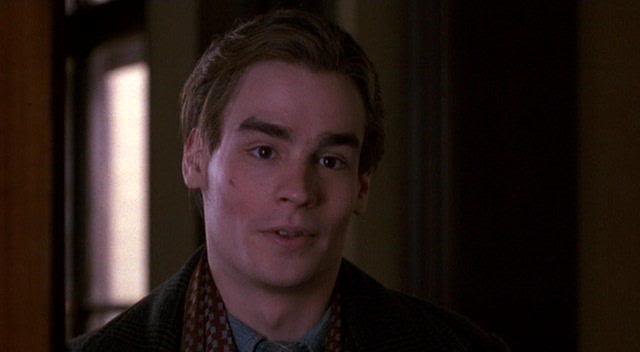 Ti: Peter knows how to pick about the irrationalities in other people’s behaviour, which makes him even better at putting out fights between his friends. At the same time, his actions are always fuelled purely by his inner feelings. His logic doesn’t base itself externally, nor does it rely on evidence, but rather works with what seems to make sense to him. (It just makes sense that the jews must have done something wrong. It just makes sense that my dad must have done something wrong. Otherwise they wouldn’t have been punished by the Nazis). Over time however, he’s able to recognise the flaws in his logic and revise his opinions accordingly.

Se: Peter loves to dance, and almost can’t not dance when he hears a good song. Peter knows how to improvise and take action at a moment’s notice, whether it’s talking to a girl he likes, working up the guts to steal a radio or racing Thomas down the street. He has a hard time facing the problems of his past, but no more than any kid who faced the trauma of having lost a father.

Originally had him typed as an INFP, but when I went back and rematched the movie closer so that I could type Thomas and Arvid, I changed my mind based on his interactions with them. The mistype was due to a misreading of the character.

Originally I thought Fi because he’s such a rebel, but then I realised he doesn’t actually know what he thinks for half the film. The turning point is Arvid (who’s a definite Fi user).

My other mistake was forgetting that he likely has PTSD, which is not the same thing as Si.