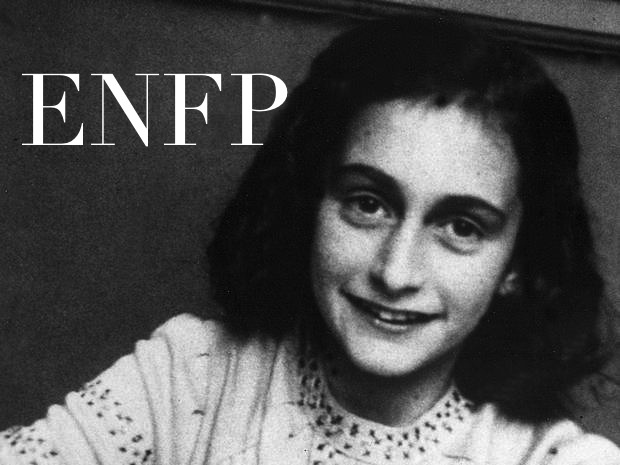 Extroverted Intuition (Ne): Anne has a lively outward personality and is known for being talkative. She is a romantic and a dreamer who can’t help but use your imagination to write stories. She is eager for new experiences, thus her desires to find love and her frustration at being shut up in the annex. She is extremely intuitive about the people around her, and doesn’t always have to ask questions to know things about them. Her quick mind allows her to make fun of them, but still remain friends with many of them because of her prowess at loving them despite their flaws. She even finds paradoxes within her own behavior and does her best to improve herself as a result of this knowledge. Anne loves metaphors and analogies and frequently enter twines them in her written interpretations of herself and others. 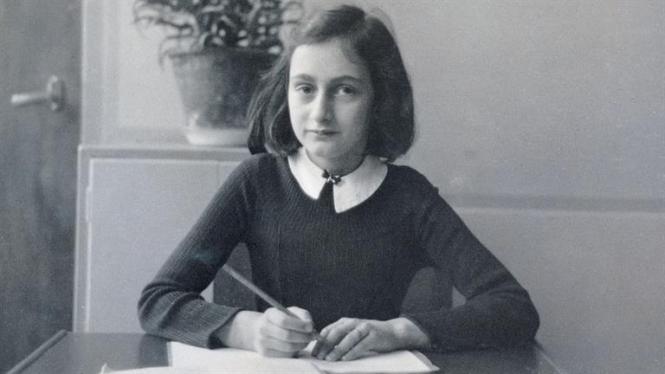 Introverted Feeling (Fi): Though Anne is quick to offer an opinion, she does not share her deep feelings with the people around her. She sees herself as two different Annes, because while she appears happy and rambunctious to the people around her, she is often deeply sorrow ridden inside. Anne is happiest when she feels that she is being true to herself. Her morals stem from what she feels is right, rather than from what she has been taught. She questions whether it’s right for her to fall in love so young because she feels it might be wrong, not because she’s afraid that her parents will catch her. She loves others deeply, and is willing and capable of understanding them on their own level (she easily puts up with Peter’s silent affection). At the same time, she tends to judge others harshly when their actions do not measure up to her standards of good behavior, and she is quite sensitive to criticism. 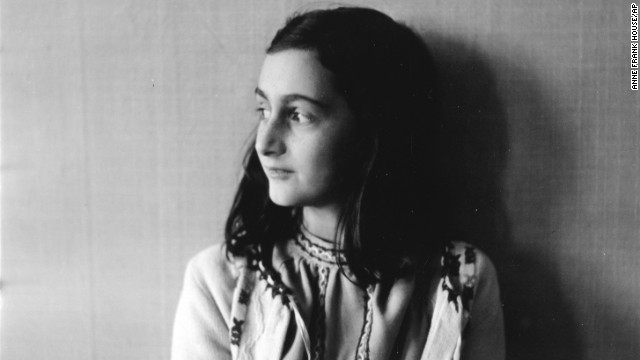 Extroverted Thinking (Te): Anne doesn’t hesitate to challenge others when she feels that her personal values have been encroached upon and easily finds words to lay out arguments. She is assertive in stating her opinions and is often the first to point out the facts in a discussion. She is organized enough to write stories and keep a regular diary, but finds it difficult to want to follow her mother’s instructions and keep up with all of her schooling. Anne values peace and does not put up with petty arguments unless she feels that one of her strongly held values is being violated. When something disagreeable happens to Anne, she prefers to work through it alone, rather than going to someone else for help because she has a strong desire to understand her own emotions and reactions. 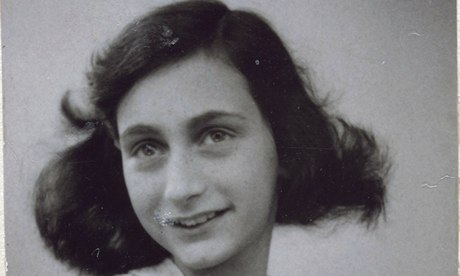 Introverted Sensing (Si): Anne remembers things that people do and say and uses that information to make judgements about them, gradually revising as she sees more and more of people. Anne has fond memories of her life before the Annex and often longs to see the sky and go outside like she did as a younger girl.